skip to main | skip to sidebar

To My Future Daughters-In-Law

Some day I will be a mother-in-law. I know that term strikes fear in many a daughter-in-law. I hope I am not one of those MIL, but only time will tell.

To my future daughter-in-laws. I want you to know I am trying hard. I want my sons to be good husbands. I am trying to teach them to be helpful, caring, loving boys who grow up to be wonderful men.

They have their flaws. I know that. I am trying to fix some of them. Matthew rarely pees in the garbage can anymore and Ryan doesn't wipe his boogies under the table, at least not when I'm looking.

I am teaching them to cook. So far, it is easy things. 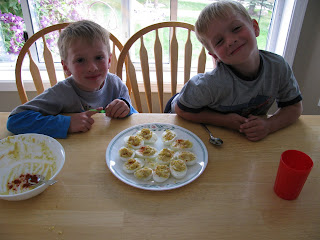 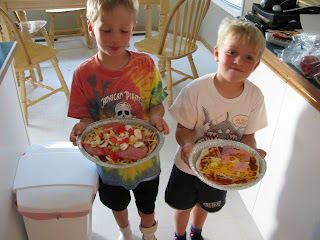 They love to cook. Maybe some day they will cook for you.

They may not be perfect, but at least they do bathrooms.

Tuesday was Matthew's physio day. He was actually looking forward to it. He has really bonded with Steve. And, well really, how can he not? Here is a young, cool guy who thinks Matthew is the best thing since sliced bread. Seriously. There is some sort of magic there.

And my husband booked a p/t appointment for himself at the same time. Perfect. I dropped Matthew off at 4:15 and headed to the reception desk with Ryan to head to home to make dinner.

Stopped at reception to make Matthew's appointment for next week. The owner of the physio shop stopped by to say hello and ask me, "So, what did you do to your son? Soccer accident?"

I replied with "No. He was born with a neuromuscular clubfoot due to nerve damage. We are trying to keep his heel cord loose and his talus in position to avoid more surgery."

He looked, well, speechless. After a few seconds, he said "Surgeries?"

I gave a brief outline... tenotomy, medial release, tendon transfer, calcanial ostiotomy... that we were really trying to avoid another tenotomy or worse. Or at least post pone as long as possible.

He stepped away from me. Looked at Matthew, and Steve. Walked back to me. Said, "Wow." Deep breath. "Steve is great." And left.

Some days I forget that my normal, Matthew's normal is not that normal. But I think that as long as I can keep him feeling normal through this process, the better off he will be.

Two insights from p/t this week.

1. Giving Matthew Motrin helps immensely. I forgot last week but remembered this week. Steve noticed a huge difference. Will try not to forget from now on.

2. People in the office for treatment while Matthew is in will receive less care. Craig said he will never book another appointment at the same time as Matthew. Steve was just to focused on Matthew.

Hoping that remains a good thing.
Posted by Jo-Ann at 11:15 PM 4 comments:

I love my boys. Especially when I come downstairs and this is the activity they have decided to do before school.

I know. I posted that Matthew's appointment with his old p/t (L) did not go well last week. I was concerned that his new p/t (S) was not getting the right stretching, not getting the time in (he does 30 min as opposed to 60 min) that he has never worked with kids and may not have the experience needed. I was worried that we were going to have to try and fit in trips across town over the dinner hour back to L for physio.

Matthew saw S again yesterday. I told him L's thoughts on Matthew's foot. That is didn't seem any looser then when she saw him last (pre-cast) but that she thought his talus was moving better. I showed him the new stretches (mobilizing the talus) she wanted me to do. S said I was doing them right, good, they are harder then ones I have been doing.

After stretching for about 15 min, S said he thought that Matthew's foot wasn't too bad. He compared it to someone with a bad ankle injury. He felt that he wasn't missing that much dorsiflexion. He believes that what we are doing will keep him away from surgery.

He opened up about what he went through. He said was born with severe in-toeing. Said that the doctors told his parents that they would cut the bones of his lower legs, turn the legs out, then reattach them. He was old enough to understand what was said and was terrified. His parents said no way. They sought other ways to fix the problem. They found physio and they found sport. In particular, skiing and skating. Forces the feet to be parallel. He asked if Matthew had ski boots.

I looked out the window. From there, you can see Canada Olympic Park. The night lights had just come on and the snow was sparkling. It is open and they have started lessons. I told him that for the past few years, Matthew's foot has either been operated on, casted or so messed up he has not had the opportunity to try skiing. But this year, we had been talking about it.

S smiled and said "get him in."

There is something about S that just feels right. Maybe it is hope. Maybe it is his positive attitude. Maybe it is the special relationship that is forming. He is young and Matthew thinks he is cool. And he really cares about Matthew. You can just see it. I think he sees himself in Matthew. Perhaps this was the reason he became a p/t in the first place. To help one person like he was helped. And here is Matthew. With a foot that the doctors here want to operate on, and his expertise and experience to stop it.

Some days, it just feels magical. I have no other words to explain it.

This morning, reading the paper, I saw an article about getting the family out in the winter. Talking about skiing. The article talked about how to save money and still ski with your family. Seems that Sunshine Village has some special passes. A child born in 2002 (Matthew) can get a season's pass for $25 (one day lift pass is $27) and a child 5 yrs and under (Ryan) can get a season's pass for $25.

I called Canada Olympic Park. I can have both boys in lessons as soon as this Saturday.

Matthew saw his original p/t yesterday. We stopped seeing her weekly because she is across the city and the trip takes 2 1/2 hours in the middle of the day. Add on an hour or so when we try it afterschool battling rush hour traffic.

Anyways, this is her first time seeing him since he was casted in St. Louis and since he has had the lift.

She felt his hips were more even. Good.

She felt his foot was tight. Not good.

Seems that the new p/t we are seeing isn't keeping his foot mobile enough. She showed me two new stretches to work on. They are complex. I tried for about 10 min. Still not sure I have it right. Gosh, I could use a degree.

Not sure what to do now. They do not have weekend hours. If we need to continue with her, we need to see her M-F either before school (7 am to 8 am then fight traffic to get to school for 8:55) or afterschool (4:30-5:30 and fight traffic both ways).

I must be doing something right. Matthew has requested this lunch again. 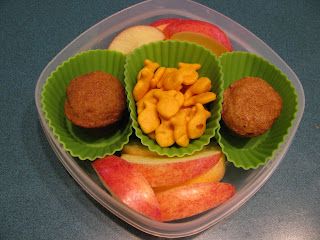 I can't believe it. The kid has fallen in love with reading and more so, writing stories. Now, instead of telling me something, he writes it. I am not a huge proponent of whole language, but hoping that my work on phonics will counter it.

This was his latest this morning. He has a crush on a little girl in his class. So cute! 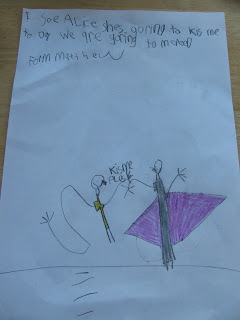 For those who can't read it, it says I see Alice shes going to kiss me today we are going to married

Teeheeheee! I love the big kiss lips and his freakishly long arm. This one is going in the 'keep for when he gets married' box!
Posted by Jo-Ann at 9:45 AM 4 comments:

Can't Have One Without The Other

So many things seem to go hand in hand.

This past week for me it is frustration and guilt. I was going to make a long whiny post about it, but most of the frustration has been left in the bathrooms and toilets I scrubbed today. I do find cleaning a wonderful outlet for my bad feelings. Although, with the way my house looks most times, you would think I was never frustrated.

Another strange pair I find with my kids is horror and pride. Let me explain.

He added the anatomical features. Not so bad I suppose.

Then he added the horrifying part. He added relieving himself. I kept hoping that the steward would not walk by and ask to see his drawing again. Or to explain what it was.

Something Different This Week

The boys have Friday off school so I booked an appointment with Matthew's original p/t. It is so much easier to make the trek down there during the day when we have time and there is no rush hour.

His new p/t is looking forward to her comments on Matthew's foot and his stretching.

I am too. Crossing my fingers she sees good things.
Posted by Jo-Ann at 8:23 PM 2 comments:

Jo-Ann
I am a SAHM with two boys close in age. My oldest was born with an atypical neuromuscular left clubfoot and keeps us very busy with appointments. It seems that in our family, everything we have done has been a struggle, but in the end, worth every difficult step. This blog is about those steps in our journey.

Looking for the whole story?

If you are looking for the story from the beginning, please check here for the early years. Then the rest of the story is here.

we are in
CanadianPlanet
Alberta

Find the blogs of your friends

Thanks to Tara from Kidz

Good for a laugh